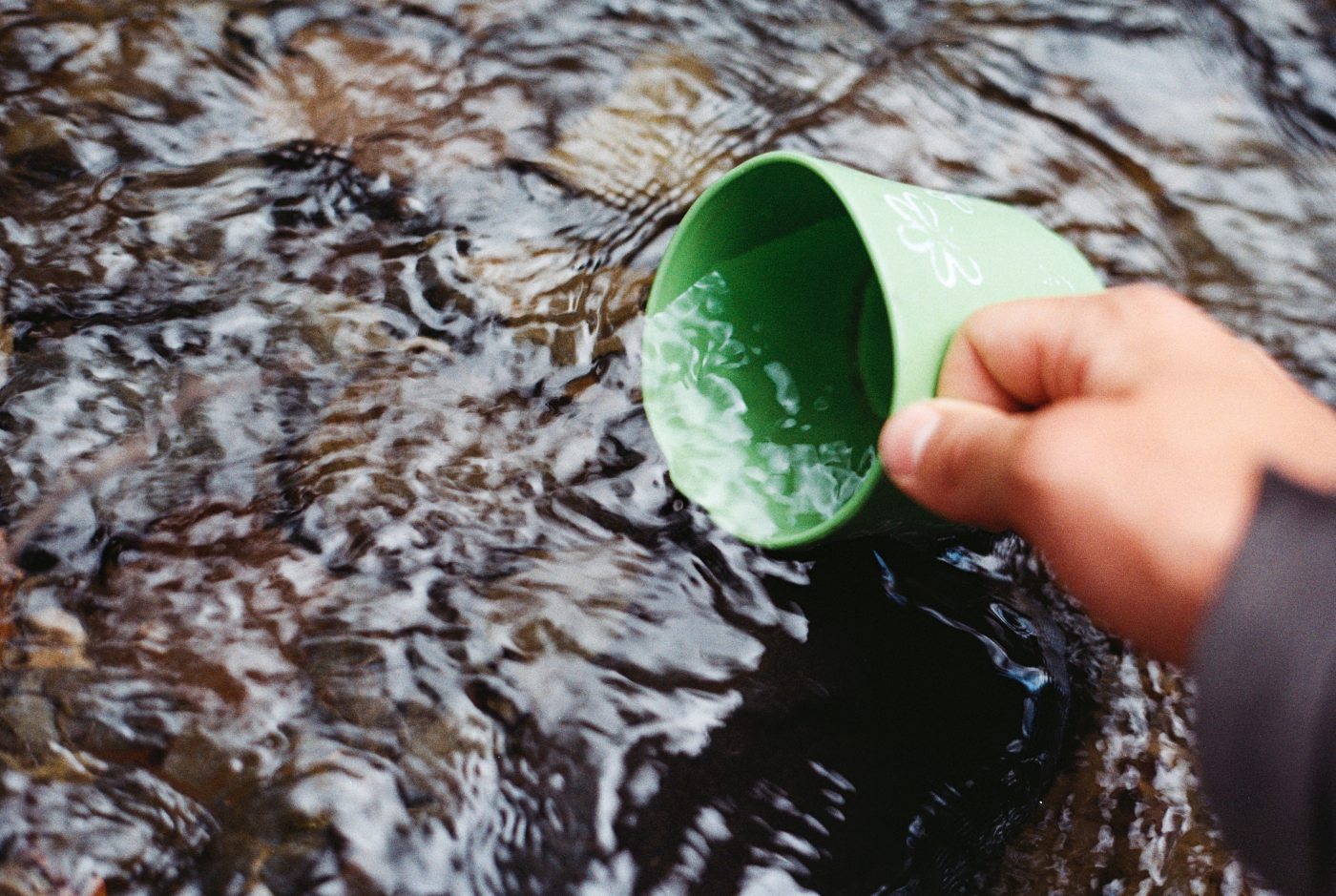 WHO KNEW WATER COULD BE SO COMPLICATED 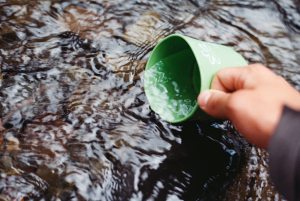 Water is by far the most important thing you can put into your body; it is essential for life in all living things. The adult human body is 60% water.

According to H.H. Mitchell, Journal of Biological Chemistry 158, the lungs are close to 83% water, muscles and kidneys are 79% water, the brain and heart are composed of 73% water, the skin is made up of 64% water and even the bones have 31% water in them.

Babies and kids have more water than adult’s, percentage wise and men more than woman. When we are born we are around 78% water and we drop a little bit every year. It is important to constantly re-hydrate ourselves. If you drink very little or you don’t drink any water at all you should re-hydrate at a slow pace, adding an extra 8 to 10 ounces a day until you are drinking 50 to 75% of your body weight in ounces every day (weight 100 pounds’ drink 50 to 75 ounces a day). You should never go more than an hour without drinking water.

We can live for many days even weeks without food in a survival situation but it only takes days to die without water.

Functions of water in the human body:

Our bodies are constantly burning off our water supply, when we exercise and sweat and when we drink caffeinated beverages. Dr. Bentleys book “The Cure” is a very good book on nutrition and how to heal your own body of disease and he has done extensive studies in all areas and this is what he found on drinking city tap water.

Some facts about city tap water by Dr. Bentley:

When hydrating yourself make sure you are drinking pure, balanced, structured water.

I have a filter at home that removes all heavy metals from tap water, I keep 24-ounce or 40-ounce glass or stainless steel sports bottles (they make sippy cups for children) of purified water at all times, I drink at least 120 ounces of water a day (I weigh around 130lbs). Buy yourself at least three of these bottles. It’s the easiest way to keep track of your water intake throughout the day. If you’re not keen on plain water try adding lemon with a pinch of sea salt (not table salt). They also sell bottles that enable you to make your own infused water (add low glycemic foods like berries, mint, cucumber).

I typically start my mornings with 8oz of water a pinch of Himalayan sea salt or Celtic sea salt and the juice of half an organic lemon to get my digestive system active, I never walk out the door without grabbing one of my 24oz sports bottles of water. If I’m going to be gone for hours I grab more than one and I make a lemon, salt, apple cider vinegar concoction to go

I have always been told to drink my water room temperature but I’m not quite there yet, I still like my water cold even though I know it’s better when it’s not. I don’t expect any of my readers to be perfect, we must choose our battles and find our balance so that we can move forward and enjoy our personal health journey. However, I do not drink water while eating, I try and wait 30min to an hour after a meal to drink water, this practice gives your digestive juices (acids) time to do their job and break down the food you just ate. This is especially important when you are eating cooked food rather than raw natural food.

The first step to a healthier lifestyle is drinking water, so if you’re ready spend the next two weeks rehydrating yourself, start slowly if you don’t drink water at all and work your way up to half of your body weight in ounces each day. Then you can start to add a few more positive things into your life and deleting some as well.

Ways to Clean up your water:

When purchasing a water purification filter or system make sure it removes 99.99% of contaminants and pollutants found in drinking water.

Fluoride in our public drinking water:

By 1951 fluoridation became an official policy of the U.S. Public Health Service and by the 1960’s water fluoridation was being widely used in the United States. Somehow the government once again convinced the public that Fluoride a known toxin was good for us in “safe amounts” that it was going to help our teeth.

It is said that water fluoridation started in the ghettos of Germany in the 1930’s to dumb down the people as a form of control and that Hitler then used it in the Nazi concentration camps. There are conflicting reports on whether this is fact or not but there has since been scientific evidence of the damage fluoride can do to our systems, so I am inclined to believe that Hitler thought of this and other countries like the U.S. are using it for the same exact reasons. So much so that in 2003, the United States passed a Water Act, which makes it impossible for water companies to undergo civil or criminal hearings because of adding fluoride to public water supplies. The U.S. would like everyone to believe that all countries add fluoride to their water but to my knowledge there are only 5 or 6 other countries that practice this barbaric act on their people. Most developed countries do not fluoridate their water. European countries do not do this to their water just as they have banned most of our toxic food additives. Fluoridated countries do not have less tooth decay than the non-fluoridated ones. Fluoride has little to no benefit to our teeth.

More and more people are recognizing the detrimental effects fluoride can have, studies have shown that sodium fluoride is readily absorbed by the, bones (causing brittle bones), the brain (causing depression & brain fog) and especially by the pineal gland causing long term damage.

Just a couple weeks ago Fluoride was finally listed as a neurotoxin in a leading medical journal and now Fluoride Action Network (FAN) is among a coalition of environmental, medical and health groups suing the U.S. Environmental Protection Agency (EPA) to ban artificial fluoridation. They have filed a complaint in the U.S. District Court for the Northern District of California against the U.S. Environmental Protection Agency (EPA) in response to their denial of their petition under Section 21 of the Toxic Substance Control Act (TSCA) seeking a ban on water fluoridation.

According to FAN’s attorney and adviser, Michael Connett:

“This case will present the first time a court will consider the neurotoxicity of fluoride and the question of whether fluoridation presents an unreasonable risk under the Toxic Subnstances Control Act (TSCA).

And incontrast to most other legal challenges of Agency actions, TSCA gives us the right to get the federal court to consider our evidence ‘de novo’ – meaning federal courts are to conduct their own independent review of the evidence without deference to the EPA’s judgment.”

This lawsuit started on November 22, 2016, an alliance filed a petition calling on the EPA to ban the deliberate addition of fluoridating chemicals to the drinking water under provisions in the Toxic Substances Control Act (TSCA). This alliance was made up of: several individual mother’s, Fan, Food & Water Watch, Moms Against Fluoridation, Organic Consumers Association, International Academy of Oral Medicine, International Academy of Oral Medicine and Toxicology, And American Academy of Environmental Medicine. The petition included more than 2,500 pages of scientific documentation detailing the risks of water fluoridation to human health.

This is a huge step in the right direction and it is hope for all of us that have been aware of the dangers of fluoride in our water and from our dentists. Positive change is happening in this country and around the world and it’s all thanks to people like myself, Mothers against fluoridation and countless other groups striving towards a cause, if the people speak loud enough and long enough eventually someone will listen. Always ask questions, always do your own research and never believe what a large corporation is telling you because in the end their only goal is profit, you have to decide if your best interest is being served by the product they are pushing not them.

Side Effects of Fluoride

Flouride: The Great Culling: Our Water

Flouride: The Age of Aluminum

Disclaimer: The strategies, suggestions and techniques expressed here are intended to be used for educational purposes only. The Author, Kira Miller, is not rendering medical advice nor is she trying to diagnose, prescribe or treat any disease, condition, illness or injury.

If you are under the care of a physician, it is imperative that you consult their advice before beginning any new exercise or nutrition program.

Kira Miller claims no responsibility to any person or entity for any liability, loss or damage alleged to be caused directly or indirectly as a result of the use, application or interpretation of the material presented here.