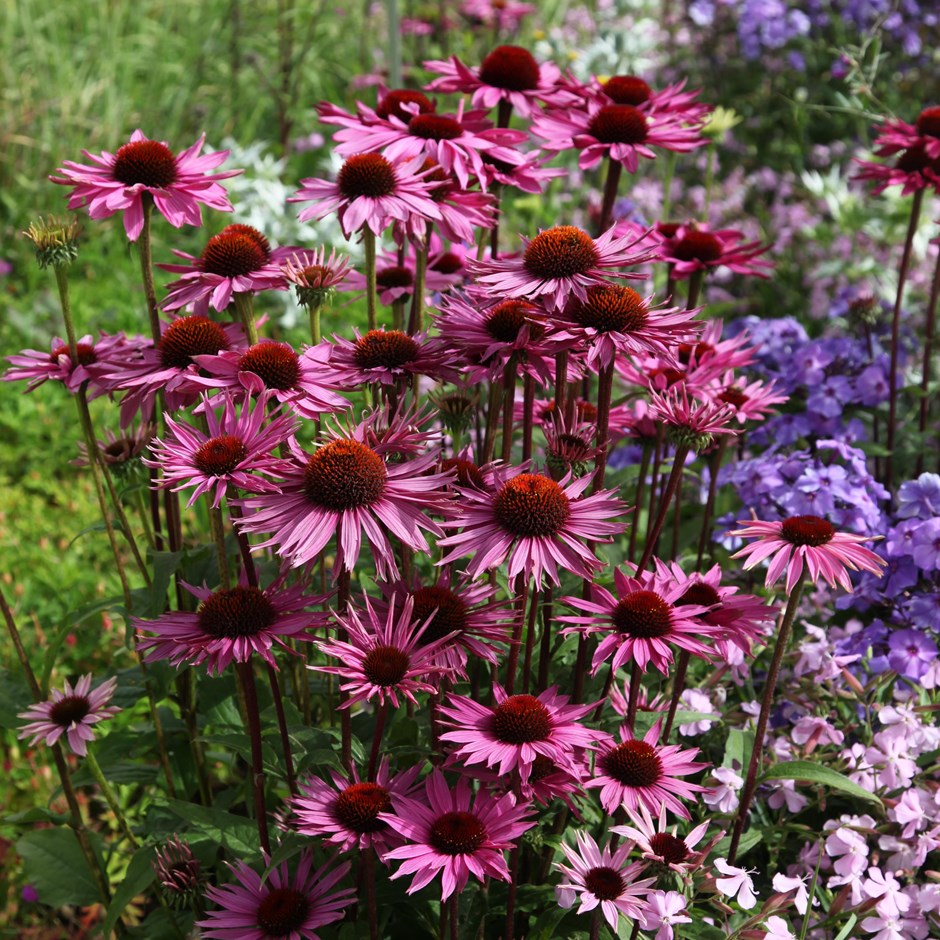 Echinacea is a genus, or group of herbaceous flowering plants in the daisy family, Asteraceae. The Echinacea genus has nine species, which are commonly called purple coneflower or American coneflower. It is endemic to eastern and central North America and thrives in moist dry prairies and open woodlands. Echinacea is a perennial plant; it will last for many years.

Echinacea was commonly used by Native Americans for hundreds of years before the arrival of European explorers. In the early 1800’s Echinacea became very popular among the US settlers and was soon being used in Europe as well. In the 1920’s Germany made the herb popular after many studies were carried out.

Echinacea is an herb commonly taken to boost the immune system to combat the flu and common colds by making your own immune cells more efficient when attacking harmful viruses, bacteria and abnormal cells. Available over the counter at pharmacies, health food stores and supermarkets as a dried herb, liquid extracts, teas and capsules. You may use both the root, flowers and leaves in herbal medicine. However, I have found that 99% of the Echinacea on the market today is fake or of very low quality. I was estatic when I discoverd Dr. Shultze, a master formulist of the 21st century. His Echinacea Plus formula is by far the strongets most pure form I have ever encountered. He also makes one for children. He grows his Echinacea for 4 years before harvesting it for extraction in which he uses a traditional slow process to ensure quality and freshness.

A form of endocytosis. From the Greek word phagein meaning “to devour”, kytos meaning “cell” and osis meaning “process”. Phagocytosis is the process of cell eating, by which certain living cells called phagocytes (free-living one celled organism) ingest or engulf other living cells or particles either to feed on it, destroy it or get information from it. One of the most consistently proven effects of Echinacea is that it stimulates phagocytosis, the consumption of invading organisms by white blood cells and lymphocytes.  Echinacea extract can increase phagocytosis by 20-40%. So basically the cell incases itself around the bad bacteria and pulls it out of the body through the digestive system, where the digestive enzymes break it down before the bacterium has a chance to reproduce.

Reduces symptoms of the common cold, flu and other infections